Tiger Woods is getting into the golf-entertainment business with a new business venture that will compete with the likes of TopGolf, Drive Shack and other venues that marry traditional golf with cutting-edge technology.

PopStroke currently has one facility in Port St. Lucie, Florida. Locations in Scottsdale, Arizona, and Fort Myers, Florida, currently are under development, and several additional sites are planned for 2020 and beyond. TGR Design and Tiger Woods will be responsible for designing the putting courses at all future PopStroke locations.

“This is a natural extension of my golf course design philosophy and my TGR Design business,” Woods said. “Our goal has always been to design courses that bring people together and are fun for golfers of all abilities and ages.”

Infusing the traditional putt-putt experience, which hasn’t changed in years, with a dose of technology is expected to create a more social and entertaining experience.

The PopStroke experience is enhanced with a technology platform consisting of the soon-to-be released electronic scorekeeping golf ball, the “iPutt” ball. The ball transmits scores electronically to the custom PopStroke app, which can be downloaded in the Apple and Android App stores. Players will be able to compete against each other in a tournament environment while earning “Pop Bucks” through the PopStroke loyalty rewards app program.

“Some of my happiest memories are spending time with my pops (Earl) on the golf course having putting contests,” Woods said. “I’m looking forward to others enjoying time with their kids at PopStroke. This is a new way for individuals to experience the game of golf. It’s about bringing people together.”

Some of my happiest memories are spending time with my pops on the golf course having putting contests. I’m looking forward to others enjoying time with their kids @PopStrokeGolf. https://t.co/m2yUEcYBCd pic.twitter.com/1J4tQExlSJ

Food, soft drinks, signature cocktails, a variety of craft beer and wine options are also available on the app for delivery directly to a golf course location or at the onsite full-service restaurant and bar. Woods has previous experience in the restaurant business as owner of The Woods Jupiter, his flagship restaurant in Jupiter, Florida.

“Tiger Woods has had the most significant impact in growing the game of golf around the world and his investment and partnership in PopStroke will undoubtedly introduce the game to a new and wider audience of participants,” said PopStroke founder Greg Bartoli.

Pete Bevacqua, former CEO of the PGA of America and president of NBC Sports, has agreed to be a member of the board of directors. 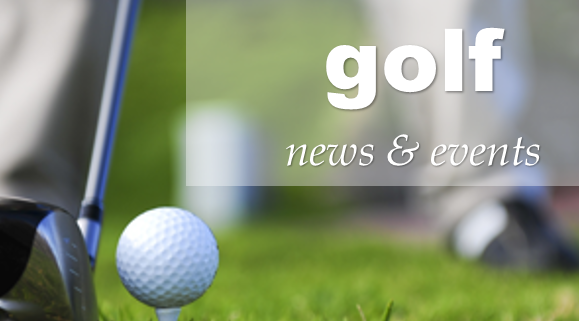 OUR FAVORITE GOLF DOGS WHO RULE THE COURSES NEAR YOU

Golf has a history with dogs that dates to the origins of the game in Scotland. In the United States, we’ve been a little slower to adapt dogs into our golf culture, at least as we play the game. Superintendents and golf professionals, though, have realized that work can be so much more enjoyable with a friendly pup in tow. We couldn’t agree more.

These are a selection of our favorite golf dogs we’ve encountered over the past couple months. And in honor of National Make a Dog’s Day, thanks to the Golf Course Superintendents Association of America for the help, we bring you some of the best furry friends we’ve come across.

Why do Japanese golf courses have two greens on every hole?

During Monday’s Japan Skins, the high-powered foursome of Tiger Woods, Rory McIlroy, Hideki Matsuyama and Jason Day were presented with a challenge at the fourth hole: Play to the left green or the right green — dealer’s choice. Woods took aim at the right green but misfired, hitting a pull that ended up directly between the right and left greens.

“That was such a bad shot,” he said, exasperated but trying to stay light-hearted on the broadcast. “I tried to hit a cut and pull-hooked it!”

Up near the green, he adjusted his plan, chipping instead to the left green, where he rolled in a putt for par.

It’s not rare for a course to feature a hole with an alternate green. No. 8 at Pine Valley, No. 13 at Streamsong Black and No. 4 at Cabot Cliffs are three high-profile examples. But many courses in Japan, including this week’s Zozo Championship host course, Accordia Golf Narashino Country Club, have two such greens on every single hole.

The two-green system originated from a desire to keep greens playable across different seasons. Because Japan has hot, humid summers and cold winters, they could use a different grass type on each green to allow for options based on the weather. Tyler Pringle of American Golf notes that summer greens would typically feature bermuda or zoysia, while the winter greens would favor bent grass.

Advancements in turf management mean that two greens with two different grass types has become less necessary at many courses. Still, many in Japan and some others in South Korea maintain two greens on every single hole. There are benefits to having double the greens, of course. Twice as many putting surfaces means half as much wear and tear. It means no need to reduce greens fees for aeration periods. It also frees up one green per hole for required renovation or maintenance, and it provides some variety for course regulars.

There are also drawbacks, of course — twice as many greens means twice as much maintenance, which means increased budgets and transfers indirectly to more expensive golf. Still, the dual green phenomenon is something different. This week, Zozo Championship competitors will see action on both the left and right greens at No. 4, though not at the same time like in the skins game. Collin Morikawa, for one, was amused by the dual greens.  “I don’t know a place that has two greens unless you’re playing soccer golf,” he said. You can see more examples of the double-greens below.